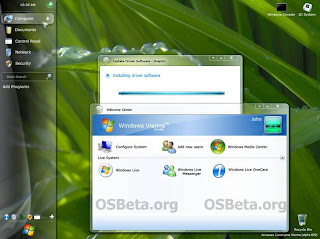 Microsoft is focusing on its next major operating system release, Windows Vienna. Even though Windows Vienna is going to be a major release with a totally revised GUI, Microsoft made a bold statement: by the end of 2009 Vienna will hit the shelves.
However, Microsoft needs to keep the buzz on Windows Vista for now and so they are not releasing any Windows Vienna official information to the public yet, expect for the fact that they are working on it.

In the past 20 years, the Microsoft Windows operating system has accumulated old code libraries that brought it to the size it has today, 2.5 GB and about 50 million lines of code (Windows Vista). These old code libraries consume resources and are often the targets of security exploits. The best way to avoid such problems, is to start from scratch, which is close to what Microsoft plans to do with Windows Vienna. Windows Vienna will represent the start of a different generation of operating systems, bringing in new concepts and support for new types of hardware, along with a better security and a modular approach, which will allow future versions of Windows to be built more easily on Windows Vienna's engine.It is also likely that the future success of Microsoft's products will be strongly decided by the success of the new generation operating system.